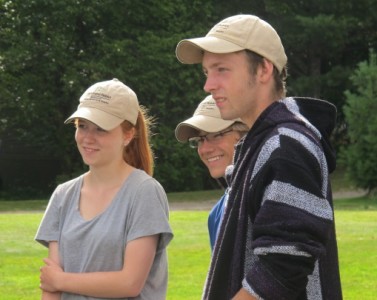 Every year Home Depot of Canada Foundation raises funds for the Orange Door Project. The project is aimed at youth who are vulnerable or at risk of homelessness; helping them to build skills and connections within their communities that will support them to achieve their goals.

For the past three years, Home Depot in Parry Sound has chosen Community Living Parry Sound (CLPS) as the recipient of the funds raised. Once received by CLPS funds are placed in a Community Inclusion Fund and are offered to youth through an application process. 100% of donated funds go to youth; CLPS does not take an administration fee or use any funds for staffing. Young people can apply for funding to assist them to become involved in their community and/or employment. In 2015 six youth were approved for funding by the CLPS committee that reviews the applications; four were willing to share their story. 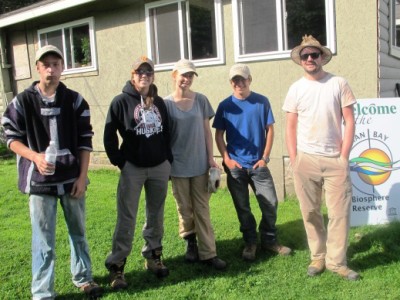 Curtis MacDonald was one of these recipients. He requested funding to support him with his summer job with the Ministry of Natural Resources and Forestry (MNRF). As a part of the Stewardship Youth Ranger Program he was included in many activities performed by the MNRF. In his full time position, he worked to build habitats at Aspen Valley Wildlife Sanctuary, cleaned islands on Georgian Bay, released baby turtles and removed expired animal carcasses.

In order to do this job he required gloves, pants, shorts, a jacket and a backpack. The Orange Door Project funding helped him to purchase these items. It also assisted him in getting his photo identification card and his BoatSmart certification. He very much enjoyed this position and feels very lucky to have received the funding, otherwise he may not have been able to participate and earn a summer income. He also made friends and connections that he can count on in the future. In the summer of 2016 he is hoping to work at Killbear Provincial Park in the maintenance department. This summer experience has expanded his expectations for employment and his goals for the future, and he is considering post-secondary education. 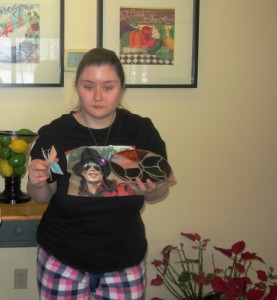 Jessica Harvey also received funding. After graduating from Parry Sound High School, Jessica became lonely and bored at home. She wanted to get out of the house more and get involved with her community. With her creativity and artistic flair she applied for funding to assist her to attend   a stained glass course at the Canadore College Parry Sound campus. She was excited to learn that she had been approved and was able to sign up for the next class start date. Jessica has created some beautiful pieces to give to family members for special occasions. Attending class also enabled her meet new people and socialize. “It is nice to get out of the house for a while and I love doing crafts,” Jessica says. Living in a community with no public transit, Jessica has also used the funding to pay for her taxi fares so that she could attend classes regularly. In the future Jessica hopes to open a business of her own and sell her crafts. She is currently working on a business plan. The funding opened up her world, allowing her to create freely and set goals for her future.

The other two approved applications helped two high school aged youth. Work boots were purchased for a young man to work at his summer employment position at Killbear Provincial Park. He cherished his job there and was invited to come back for the summer of 2016. He was part of the maintenance crew and received the Rookie of the Year Award at the end of the season. His four days per week schedule was filled with property maintenance, collecting garbage and painting. “Painting and seeing the wildlife was the best part.” he says. He loved the heat, being outdoors and making connections with co-workers and the person he carpooled with. Without the funding he would not have been able to purchase the boots necessary to do the job.

Just getting out in community and participating may seem like a small goal to some but for the young lady who purchased a 6-month pool membership,  it made a tremendous difference assisting her not only to achieve her health and fitness goals but also addressing loneliness and isolation.  She loves to swim and going to the pool gives her the opportunity to meet people outside of school. She also hopes to use some funding in the future to help her further her employment goal to obtain a job working with children.

When asked, the sentiment of all four youth was resounding; “We thank Home Depot and CLPS for making it possible for us to do the things we were interested in!”

For more information about the Orange Door Project please check out homedepot.ca