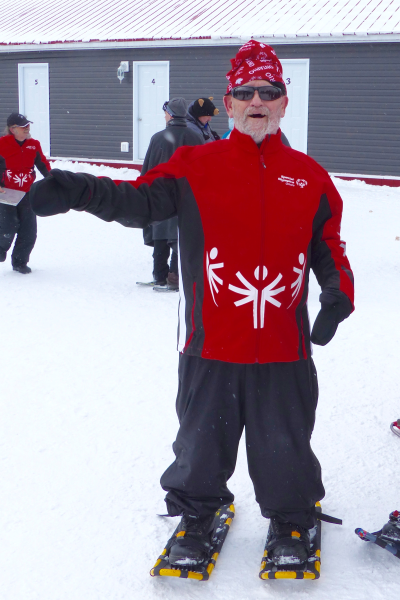 Combine athleticism, community contribution, humour, love for family and appreciation for life and you get Tom Schweertman. Parry Sound is home for Tom, he has lived and participated in the community for most of his life.  Tom loves his community and the people in it. He is a regular participant in Legion activities, church, Harvest Share and Special Olympics.

From March 1st to 5th, 2016 Tom competed in the Special Olympics National Snowshoeing event in Cornerbrook, Newfoundland. He qualified for the nationals after much hard work and dedication in his local and regional events. When he found out that he qualified he was ecstatic. He was proud to represent Parry Sound and Ontario at the National level.

A lot of preparation followed. He headed to North Bay to get fitted for a Special Olympics Ontario uniform. This included pants, sweater, t-shirt, jacket, hat and scarf which he proudly sported in true athlete fashion. Practice, practice, practice was the next order of business to ensure he was fully prepared for the competition and at the top of his snowshoeing game. Tom was confident that he was ready and highly anticipated not only the competition but seeing old friends from years gone by and meeting new people, not to mention getting to travel to another place in the country that he had never been.

When departure day finally arrived, the Olympic bus picked him up and transferred him to the chartered flight that would fly him, along with other athletes, to Cornerbrook. Upon arrival they were brought to their accommodations to get settled in and the games began. “The opening ceremonies were spectacular”, says Tom. “There was lots of action, people and celebration.” The event was opened and closed with a dance for the athletes. “At the end of the opening ceremonies the announcer said ‘Let the games begin’”, remembers Tom.

At 73 years young, athlete #175 Tom Schweertman was the oldest competitor in his event. He won a bronze medal in two separate snowshoeing events and proudly stood on the podium next to his fellow athletes to accept his awards.

The games also offered opportunities to spend some time watching other events like curling and skating. Tom was a skater at one point in his life and really enjoyed watching. He was overjoyed to meet Olympic Gold Medalist speed skater Catriona Le May Doan and have his photo taken with her. 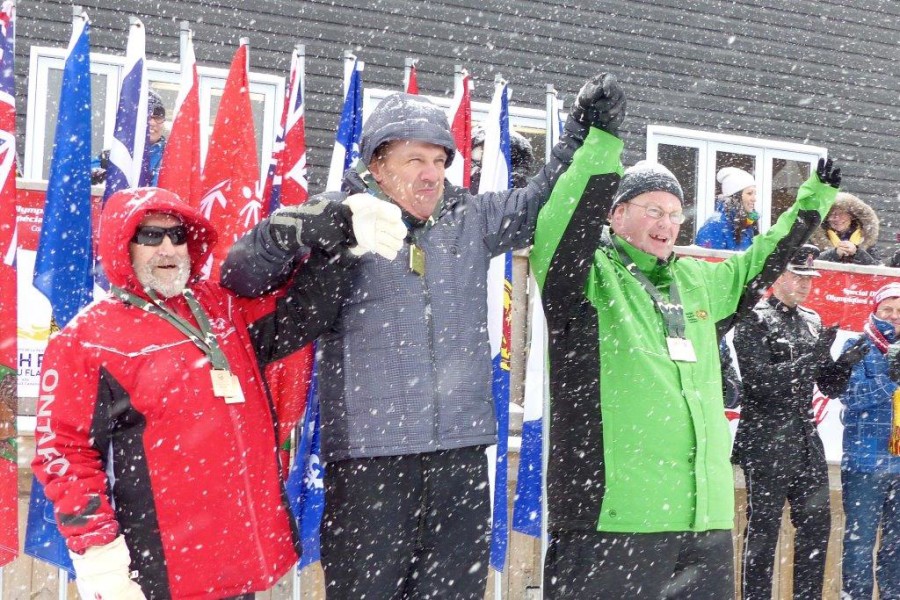 Over the years Tom has competed in many Special Olympic sports. In the summer he competes in baseball, bowling and track and field; winter is primarily snowshoeing but he does enjoy skiing and skating as well. In the thirty-plus years that he has been competing he has met many people, made many friends and built a real sense of pride in his accomplishments. He is now looking into requesting a nomination for the Bobby Orr Hall of Fame in Parry Sound. He certainly has made a reputation for himself as a dedicated athlete.