Let’s rewrite the story of people who live with disabilities. Let’s start with blue skies and possibilities; not deficits and limitations. A person born is a possibility; a great life force that enters the world to make it different.  They are not born different; they make the world different by being uniquely gifted.  Let’s see people in a new light; the light of their abilities and qualities.

Why is it hard to look at person who has a disability and not stare at the disability?  Years of social programming caused distorted thinking. If you were born before 1930 the distortion is thick, often too thick to see beyond. My mom has a huge heart of gold but at 84 is unable to stop using the ‘R’ word or believing in segregation. It was the norm in her day for society to judge parents and send children away to residential schools; to hide the disability (along with the person) out of sight.  So-called normal people would not have to stare at the disability or slow down to look at the beauty of the people they were condemning to a life of limitation. It was accepted and expected that parents would send their children away to be cared for at an institution and often these children were forgotten.  It was considered kind to the parents and safe for the vulnerable.

A letter from a grandmother, Victoria Glover, who wrote an editorial to the Toronto Star in 1948, galvanized parents – who knew better – and soon began to meet together.  She wrote: “… I think it is time something was done for parents, who, from a sense of faith and hope… want to keep [their children] at home, living a normal life.  These are real parents, only asking a little aid and encouragement… may the Ontario government help them and their children…” 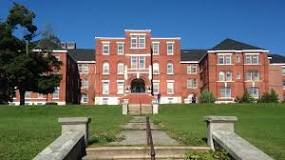 Access to education and services were the mobilizing issues of the day.  Gradually, parents formed local associations and then provincial associations to advocate with governments and coordinate efforts across communities (www.cacl.ca). The Community Living movement was sparked in Parry Sound 54 years ago by local pioneers George McInnis, Dr. Daley (who was presented with the Queen’s Diamond Jubilee Medal recognizing his community involvement as a founding member of Community Living in West Parry Sound), Marg Matthews and others. 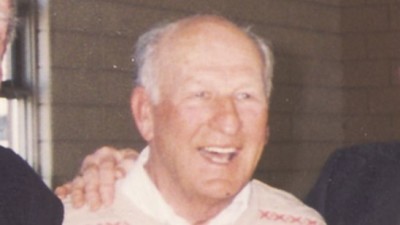 The ideological pendulum on developmental services swung through the 60’s, 70’s and 80’s from full segregation and isolation, to full inclusion. As the pendulum swung, families received more and more social services and funding from the government and they experienced great relief. In 1948 Victoria Glover asked for government aid and rallied enough support to cause a huge tide of change that benefitted people with a developmental disabled and their families. Local sheltered workshops and special schools allowed family members to live at home and provided a safe place to go to during the day; it was a vast improvement from institutions and the degrading stigma of prior years. Families were grateful and social service workers were awesome, creative and kind. Is this where we want the story to end; have we reached the pinnacle of success when it comes to full social inclusion for people who have a developmental disability?

Due to several generations of significant social assistance by government intervention, some people have become dependent on government money, group residences, paid support workers, and people continue to carry the burden of a deficit mentality commonly accepted as the truth about them. But it is not true.

There is a vast difference between government “social” services and community support, friendship, inclusion, and equality. The government does not live next door to a person who loves to shovel the snow off your car for five dollars and greets your pet with intense pleasure; that person is a neighbor.  The government creates laws and policy demanding accessibility and inclusion but often has hiring practices that are so cumbersome as not to permit the hiring of people with developmental disabilities. It is local business people who see the potential benefits of hiring a reliable worker who loves their job with a passion and has Down syndrome.  It is community friendship that actualizes inclusion, not charity.  Can we slow down enough to take in the beauty of another person’s ability and unique quality when they do not speak or cannot walk? Can we see their ability to communicate through art, behaviour, and with assistive devices? Can we learn how to stop staring at the disability and honestly befriend a person with different abilities?

A new generation of students are graduating who attended school with peers who have a range of ability and have learned that everyone is worthy of friendship.  The working environment is changing as youth who have all types of abilities work together to contribute to communities.  Housing people with developmental disabilities no longer needs to be government run, group subsidized and segregated, but rather living arrangements can be made within the community that are based on individual needs.

The community living movement still advocates for full inclusion, is still alive, but we need to change the conversation and ignite a new phase of the revolution. The new wave is not about a person looking to offer charity, or a paid staff person supporting people or a medical person diagnosing the future of a child; these people are important but they are not the ones who will be the spark for change in 2016. If you are an employer, a neighbour, a community member, or a family member who sees the person, then YOU are the spark that can ignite change and open the world up to a person who lives with a disability caused by something that happened to alter their development. You are a person who believes that people are not born different; that they make the world different by being born uniquely gifted. 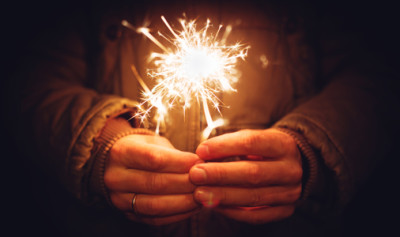 So ask yourself: how do you see yourself in another person’s story?