Human beings, by nature, are a judging and discerning species. Our minds leap to almost- instantaneous judgments about who people are, whether or not they are worthy, and then whether they are “part of “us” or “one of them”. The impact of these split-second – often unconscious – judgments are significant, strong and life defining. And they can occur just as easily to assume good things about a person who has done nothing to “deserve” it as to assume bad things about a person who has equally done nothing to deserve this judgment.

No matter what you, yourself, may think about people personally, society in general does not judge all people as equal or equally worthy. In fact, it has been shown that society, in general, devalues or automatically has poor regard for, and little protects or offers/brings the good things in life (home, work or contribution, good nutrition, friends, family, etc.) to people who are generally not valued by that society.

Our society (Western, industrialized, information-based) values newness, speed, productivity, perceived competence, a limited definition of beauty, perfection, youth, money, education, competition, and material wealth. Our society likes these things, holds them up as right and good and highly favours those people and groups who are seen to embody these things.

On the other hand, people who are not seen to fit this mold, or in fact, are seen to embody just the opposites –age, slowness, lack or low productivity, incompetence, non-classic beauty, imperfection, aged or senior, poor, uneducated or illiterate, and without material wealth – are perceived as being different from this norm in such a negative way as to not deserve the good things in life that others are afforded. Much of this process of perceiving and then judging an individual or a group of people is quick and unconscious – people are not aware of this happening and do not talk about it. In fact, many people would be horrified to see themselves as treating people who are disabled, homeless, or elderly as less valued or different in ways that impact them poorly. An objective look at the lifestyles, opportunities and situations lived by people who are seen as less worthy according to society’s values informs us that people who are devalued are constantly living much poorer quality lives than their valued counterparts – not by choice, but by societal action and design. As products of this very society, all of us learn what our society values, and unless we make a conscious effort to examine the process and do otherwise, we take on those values, and thereby, also those prejudices and devaluations.

Social Role Valorization (SRV) is a framework that helps us look at what we can do to influence society’s perceptions of a given individual or group. SRV is an empirical (that is, scientific, provable) theory that not only enlightens us about these powerful forces in society, but also shows us how to observe our environment, analyze its factors, and choose actions that will significantly impact how individuals and even groups are perceived by both individuals and whole sections of society. In particular, SRV asks us to pay attention to the social roles that people hold (both negative and positive; both current and potential). Many of our judgments about people are based on our perception of the social roles that they hold. Where people are perceived to hold roles that we see as familiar, typical and positive, we tend to feel more comfortable and positive and more inclined to welcome them into some of the good things in life. Where people are perceived to hold negative, odd, or unfamiliar roles, we tend to step back and often simply allow for mere basics of life (or even less)to be afforded them. SRV also helps us to pay attention to both the imagery and competency perceived within those roles and to invite and encourage individuals into close, personal relationships with other valued citizens so that such relationships are mutual, enriching, and safeguarding.

SRV gives us insights on how historically services, programmes and our culture have been organized in (often unconscious) ways that reflect and reinforce society’s negative views and stereotypes of people it does not value. We can positively shape society’s attitudes or, at least, to add some positive perspectives by focusing on roles and images that are familiar and valued. This would allow the person’s positive characteristics, interests, gifts and contributions to come to light – a positive benefit for the whole society. 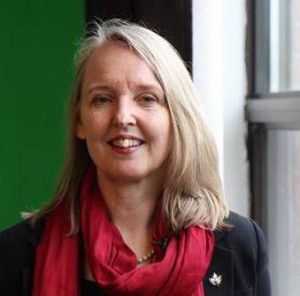